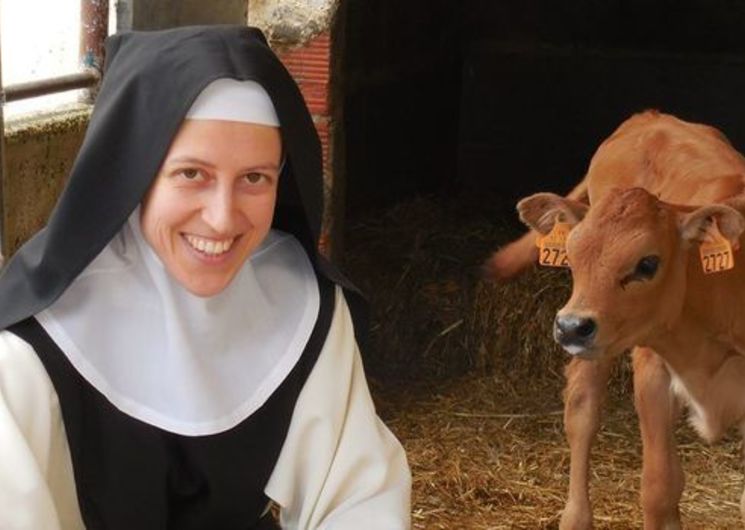 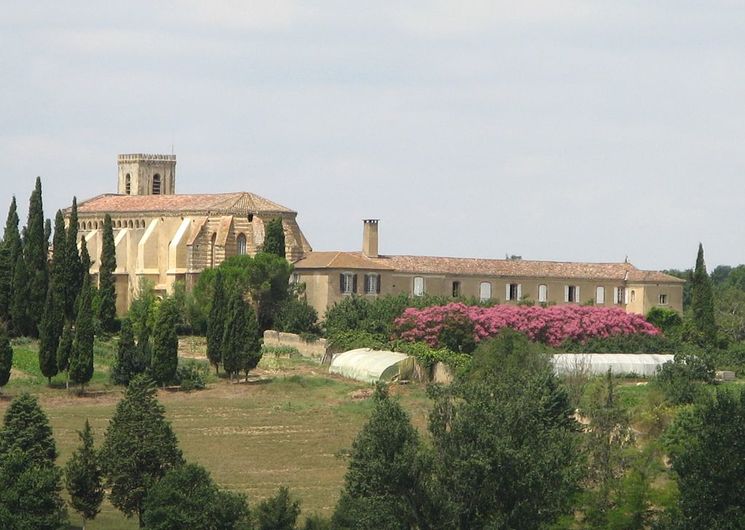 In order to support their community and maintain the buildings, the nuns started to produce and sell monastic products. At Boulaur Abbey in the Gers, near Gimont, there is a time for prayer and another for work. Every morning at 5 am, it is the prayer that opens the day in the abbey church surrounded by fields of wheat and sunflowers. Immediately after, the sisters leave to work on their farm. The 25 nuns in the community produce cheese, pate, jam and flour. A work on the farm on nearly 27 hectares that punctuate the hours at the abbey as much as the liturgy. “We are real farmers and as farmers we have the status of farmer,” says Sister Anne. To make the cheese with their cow’s milk or to cut the pig into a terrine, the sisters were trained by the Gers Chamber of Agriculture.
Two of the sisters are agricultural engineers, another is in charge of accounting and Sister Anne oversees the operations. Meanwhile in the fields, five other sisters mow the hay. They swapped thick monastic attire for a shirt, jeans, boots and a straw hat.

“Every day, like Sunday, summer and winter, the nuns go to work on their farm, and after the liturgical services in the morning, it is the machine-slaughter of the eight cows of the community. monotraite, we produce less milk but it is richer “, announces Sister Anne, in charge of the communication to the monastery The sisters collect an average of 60 liters of milk a day which is immediately transformed into cheese by Sister Agnès.
The nuns also fatten piglets. “Once they are ready, they are driven to the slaughterhouse. We recover meat that we turn into pies, galantines, rillettes, The abbey also has some chickens, rabbits, dogs, cats … A real farm what! “Sister Anne continues.

Located on a green mound overlooking fields of wheat, corn, sunflowers, on the edge of the village, the land is entirely worked by the nuns. “We do everything ourselves, we do not have a worker. We plow, we cut, we sow, we pass the crusher, we maintain the fences … We produce our grain, our hay. “For this, they have all the necessary equipment: tractor, mower, swather, harrow …” to the the exception of the combine and the press, there we arrange with neighbors, “says Sister Anne.

The Boulaur nuns are living off their farm income from the annual sale of 2.5 tons of cheese, 800 kg of pâtés and 4 tons of jams. “We are a young community, it’s our specificity. The average age is 41 years old. In concrete terms, we must work if we want to cover our expenses. “

In addition to cheeses and pâtés, the sisters produce jams. They have a hectare and a half of orchards and vegetable garden where they grow in permaculture all kinds of vegetables and fruits: apricots, brugnons, quince, apples, pears, peaches, plums, plums, kiwis, grapes, and also currant, currant , not to mention the citrus fruits in the greenhouse (lemons, oranges …) “We also have a lot of flowers, it’s to bloom the church, it’s for the good God.”

All their products are on sale in the shop of the monastery run by Sister Diane (Paris region origniaire, 38 years old) who also helps “on the property and on the farm.”
She recognizes that working on the farm can be compelling but so “rich in meaning. Everything is here. We must invest our forces to transform this potential. It’s a job that helps to incarnate. “

A little history
The Sainte-Marie abbey of Boulaur is a priory of the Order of Fontevraultfounded in the twelfth century. Since 1949, the community of nuns of the Cistercian order lives there following the rule of St. Benedict.

In the hotel business, it welcomes single people, groups and families for a time of spiritual retreat and relaxation.

Free guided tours of the church and the cloister (historical monument) every day except Tuesday, at 11am and 4pm.