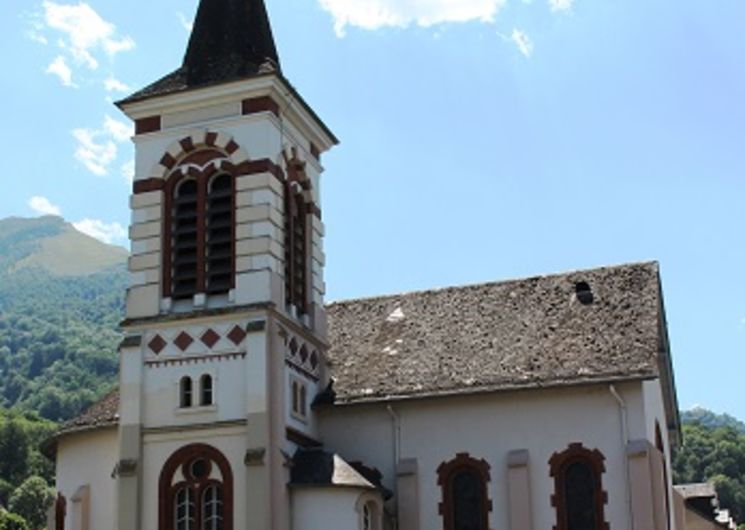 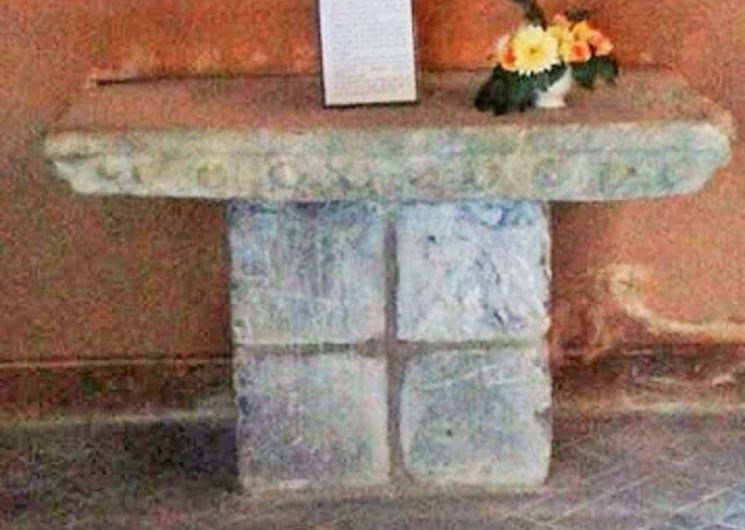 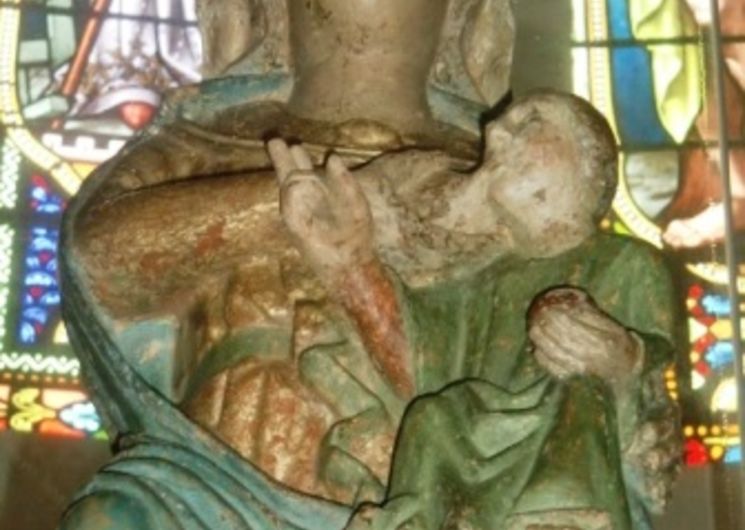 The church dedicated to Saint Vincent replaces the old Romanesque church. After the earthquake of 1854, the old Romanesque church on the heights of the village was in bad condition and was partly restored in 1872. However, due to its deterioration, it could no longer receive the public, so from 1881, masses were held in a barn. After the purchase of a plot of land in 1881, deliberation of the town council and agreement of the bishop, a new church was built on the purchased land. The work was completed in 1889 and the bell tower in 1900. It was built according to the plans of the architect G. LARRIEUBut of the old church, few documents and furniture remain, except for a piece of the old medieval altar table discovered in 1976 by R. COQUEREL. It is 1.45m long by 0.84m wide and 17cm thick, and has ten half-balls on its front edge and six on each side, one of which is partly broken. Analyzed by Bernard POUSTHOMIS, he notes that the surface is partially layered and has two small consecration crosses, engraved in the two corners of the front part. In 1976, it was placed to the left of the entrance, in the garden of the presbytery. We have just found it in July 2018, abandoned, partly covered with vegetation in the back garden. A request has been made to the Town Hall for it to be placed in the church, to avoid damage. The table has been listed on the Supplementary Inventory of Historic Monuments (ISMH) since 2010. On January 12, 2020, the town hall proceeded to its displacement inside the church and to its setting up composed of four blocks of stone. The work was carried out by Bruno AZAVANT, the municipal employee, in order to be more highlighted and to be in height, as it was in the past.Inside, above the altar, a polychrome wooden Virgin of the 14th century is enthroned under a glass bell. This Virgin suckling the Child Jesus, comes from the former hospital of Bedouret now disappeared. It was located between the castle of Beaucens and the village of Artalens (the sign indicates “Nourrice allaitant un enfant”). The chapel on the left shelters a gilded wooden statueThe church is open on Mondays from 14h to 17h, Wednesdays from 9h to 12h, and Thursdays from 9h to 12h and 14h to 18hSources : www.patrimoines-lourdes-gavarnie.fr Traduction automatique par DeepL via DATAtourisme