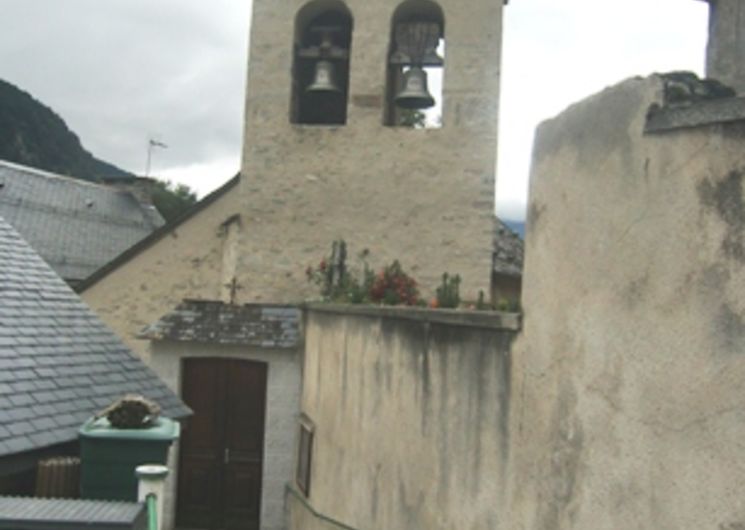 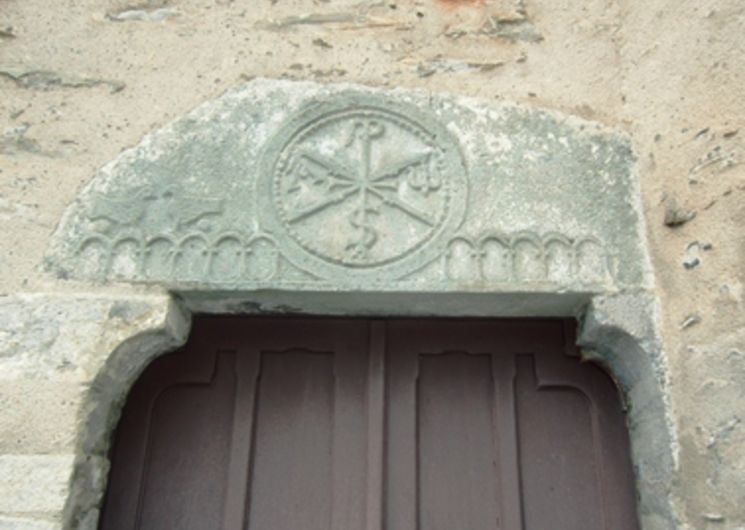 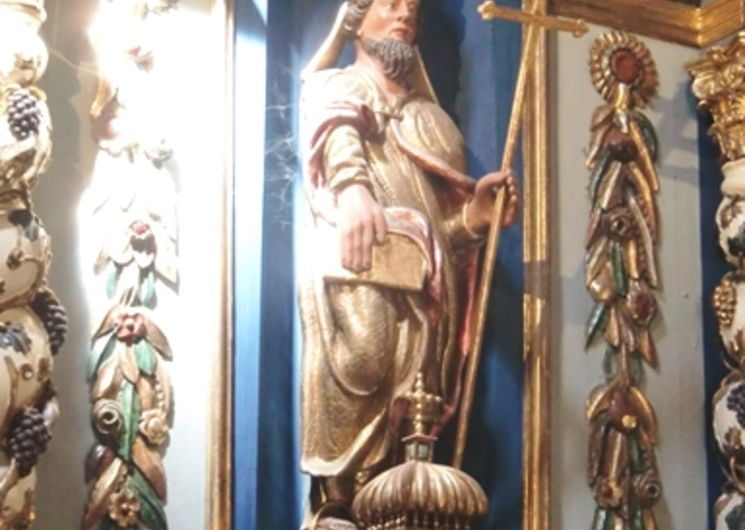 Small Romanesque church transformed in the 15th century, all in exposed stone and dedicated to Saint Sylvester, pope. Its sturdy double-arched bell tower is topped by a slate roof adorned with a flat rafter. It has been remodeled many times. The last registered renovation dates from 1714. The two bells still in use are from 1896. The tympanum of the entrance door, similar to those of Viella and Sers, is decorated with a well-preserved primitive Chrism measuring 57 cm in diameter, in the middle of arcades representing the twelve gates of the heavenly Jerusalem. The monogram of Christ circled with pearls is decorated on the left, by two birds seeming to hatch an egg. Until recently, there were still pink and green traces of paint. The apse with flat buttresses is crowned by a cornice with modillionsInside, the choir, closed by a carved wooden balustrade, is decorated with a baroque altarpiece from the end of the 17th century and not from the 11th century as mentioned on the information panel. Its origin is unknown. Some scholars think that it was made by a workshop in the valley influenced by the Brunel(l)o workshop (1667-1742). In the centre of the altarpiece is the statue of the patron saint of the church, Sylvester I, one of the first popes of Christianity (313-325) at the time of the Emperor Constantine. He dominates the apostles Peter and Paul separated by four twisted columns. He is wearing a cope, and in his left hand he is carrying the papal cross with three crossbars, the papal emblem, and in his right hand a book. His head is adorned by the papal tiara with three crowns. The flamboyant baroque decoration is composed of the four twisted columns with clusters of grapes. On the attic, four putti (cherubs) stand, two of whom carry trumpets to sound the Last Judgment. They flank God the Father, himself, in the centre of a series of flame pots, symbols of divine fire. He is holding the terrestrial globe surmounted by a cross in one hand and with the other, he seems to be blessing or addressing the Christians of the worldAs for the tabernacle decorated with four statuettes, it comes from the Soustre d’Asté workshop. It would be more recent than the altarpiece. Its two bas-reliefs evoke the nativity and the agony of Jesus in the Garden of Olives. It is surmounted by a fine golden balustrade and a niche with a Virgin and Child holding a sceptre. Sylvester is the protector of stonecutters, domestic animals and cattle.Sources : www.patrimoines-lourdes-gavarnie.fr Traduction automatique par DeepL via DATAtourisme