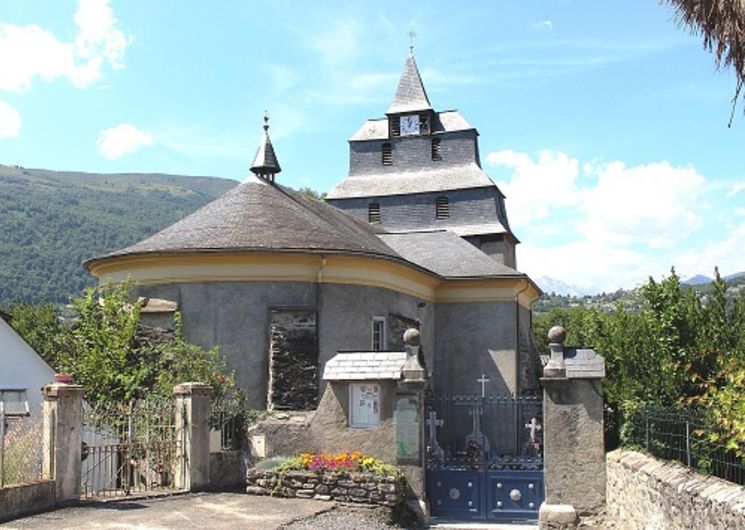 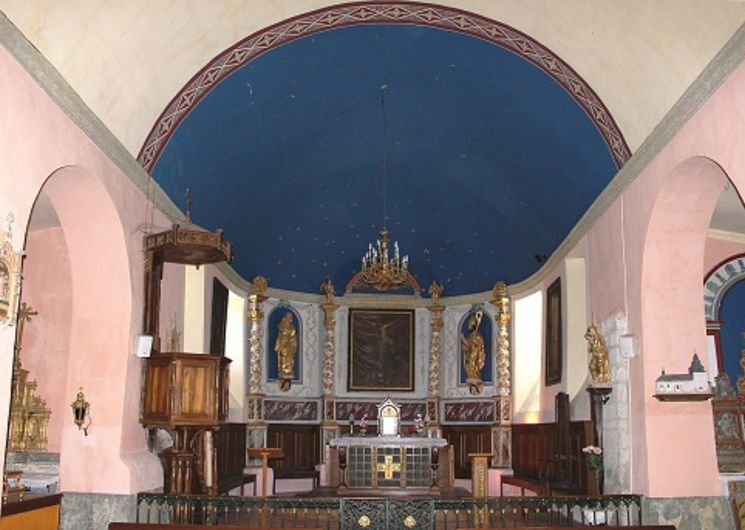 This Romanesque church is dedicated to Saint Saturnin. It dates from 1342, creation of the archpriesthood. It depended on the abbey of Saint-Savin, hence the richness of its furniture. The large buttresses were made to consolidate the building after the earthquake of 1854. The presbytery had to be rebuilt after this earthquake. It was previously located at the entrance, on the right, where traces of a door that would have given access to it remain. The classical portico was restored in 1727 as was the bell tower. The town hall has moved into the restored presbytery.Inside, the baroque altarpiece of the choir has been greatly modified with its twisted columns, two of which are topped by angels, and its pediment. The statue of the bishop is thought to be that of Saint Sernin, and that of the woman, Saint Anne or Saint Elizabeth. Some experts believe that it is the work of Jean BRUNELO. In the attic, God the Father emerges from a cloud, the world in his left hand, under a starry sky. On the sides are two paintings in poor condition. The one on the right is thought to represent Saint Anne; the one on the left represents Saint Saturnin (Sernin) and the bull of his martyrdom.The two side chapels deserve particular attention for their respective tabernacles. The one on the right, made of very colourful polychrome wood, seems to be attributed to the Soustre workshop, end of the 17th century. The chest presenting Jesus on his cross is framed by two panels sculpted in low relief, delimited by two pairs of twisted columns. The left panel, which attracts our attention by the originality of its subject, represents Jesus lying down, stripped of his clothes, before his crucifixion. The narrow gilded wooden tabernacle in the left chapel is probably earlier (1670-80). It can be attributed, with its carved columns in the lower third, then smooth, to the unknown craftsman, Simon BOISSON, from Montpellier.Sources : www.patrimoines-lourdes-gavarnie.fr Traduction automatique par DeepL via DATAtourisme