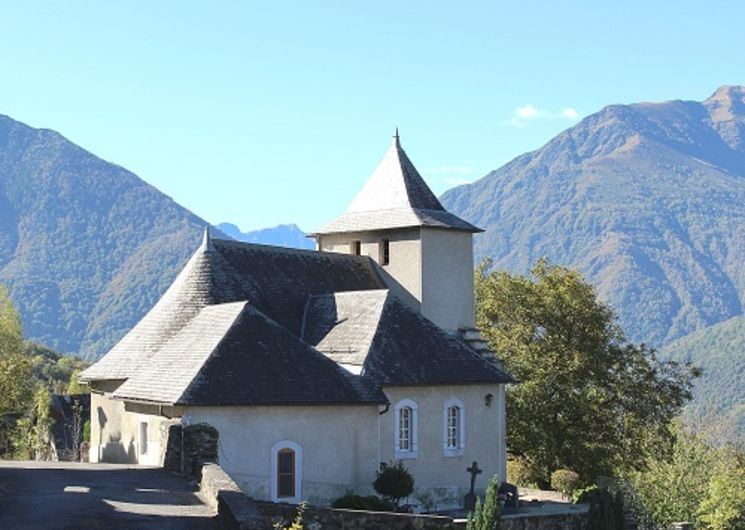 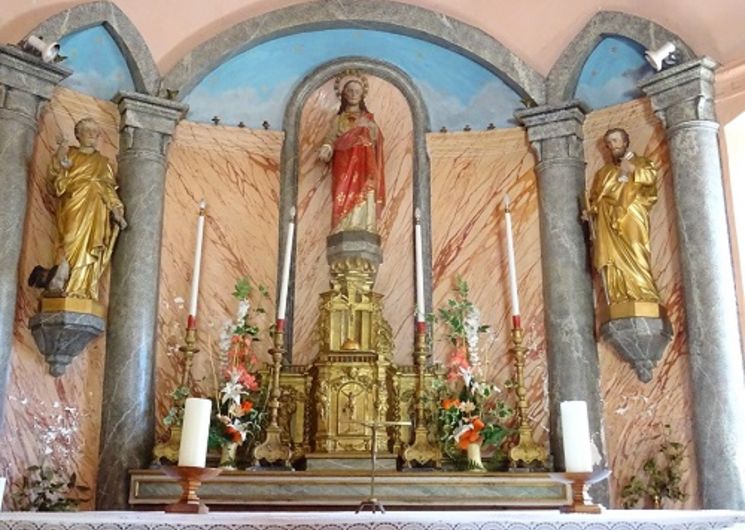 The Romanesque church of Artalens, dedicated to Saint Peter, has a 70 cm high chrism on a lintel, in a crown of leaves, with an inverted S. In the XIVth century (since 1342), it depended on Préchac. It was remodeled after the famous earthquake of 1854. Hence the buttresses of the bell tower.Inside, there is a beautiful tabernacle from the 18th century, but unfortunately repainted with gold paint, which gives the whole thing a plastic look. Only two statues, St Peter and St Paul, a little hidden by the candelabras, have escaped the disaster. The upper statuette, under the dome, has disappeared and has been replaced by a wooden cross. An unusual and rare statue of Bernadette, apparently made of terracotta, sits on a pedestal. It represents the saint without her right hoof, her stocking in her hand. It is an evocation of her crossing of the Gave, before having had her Apparition. It is signed OZON and is dated 1995.Sources : www.patrimoines-lourdes-gavarnie.fr Traduction automatique par DeepL via DATAtourisme