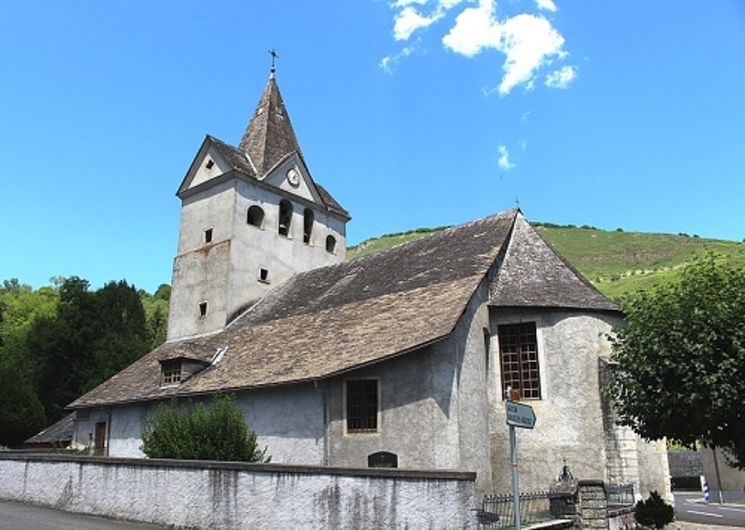 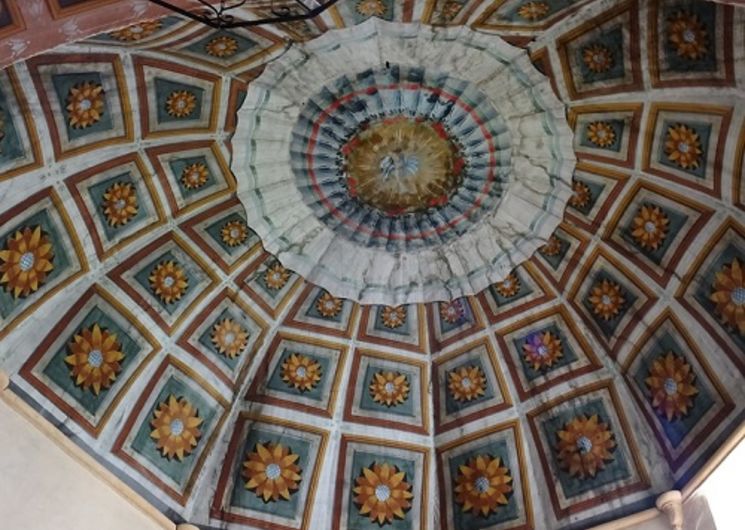 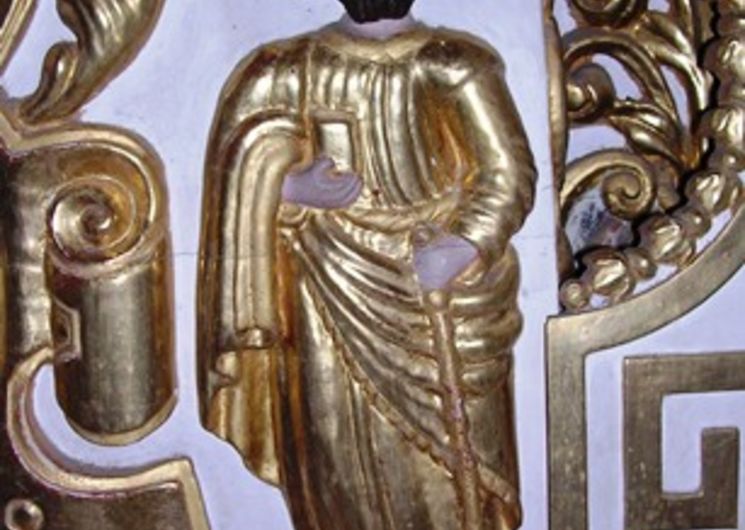 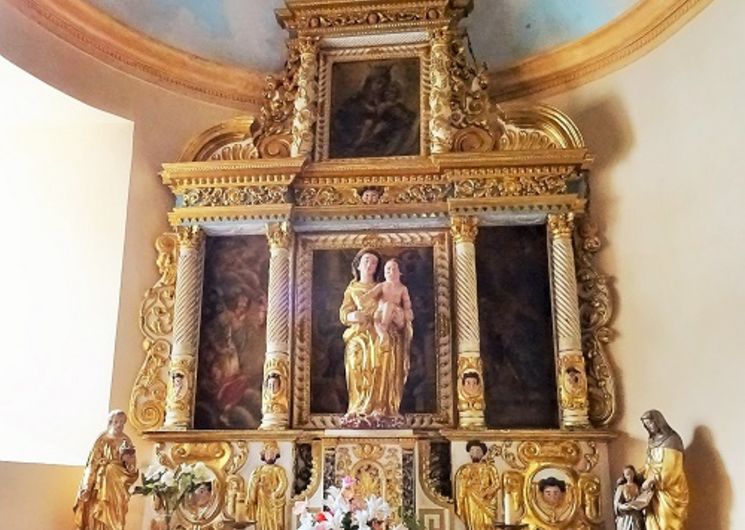 Rebuilt between 1750 and 1757, with ancient elements from the 12th and 13th centuries, the church of St-Martin de Marsous, with its barlong bell-tower, was the object of numerous alterations in the 19th century, both inside and out. Above the 18th century door, a stone in reuse is engraved with a triangle including a ciborium with the inscription MANHV. It is framed by two swastikas. Only the chevet with its two windows on the street side, the pillars and the semi-circular arches are of Romanesque origin. Large windows were opened in the 17th and 18th centuries. The bell tower dates from the 19th century, a bell is dated 1710, with the inscription In nomine Domini Jhesu Christi, tempestati sono et Deum laudoInside, the main altarpiece of the high altar in Bagnères marble, in three parts separated by fluted columns, was reconstructed in the 19th century, with elements of the 17th century. In the centre is a 19th century statue of the Virgin and Child framed by two flat panels housing two large statues on a console: Saint John the Baptist and a holy bishop thought to be Saint Martin. On the attic, the truncated pediments house a ball in their centreThe white tabernacle, like an ancient temple, is from the 19th centuryA Renaissance-style coffered ceiling covers the choir. The 19th century pulpit is by SOUSTRIC, a local carpenterThe backs of the seats of the servants are upholstered in Cordoba leather. They date from the 19th centuryThe 17th century paintings are by Joseph DUSSARAT (or Sarrat), a painter from Orthez. They represent Saint Michael at the Last Judgment and the Apparition of Our Lady of Pilar of Saragossa (N.-D. of the Pillar) to Saint James. It dates from 1680. Commissioned on 22 February 1660, for the neighbouring chapel of Saint-Martin which was destroyed in 1750 by order of Monseigneur de la Romancière. Three canvases were recovered, these two plus an Assumption that we have not found with the statue of Saint Martin. Objects mentioned by Annette PARROU in the SESV bulletin of 1980The side chapels are dedicated, the one on the left, to the Virgin and the one on the right, to St Stephen. The one on the right has a beautiful 18th century altarpiece by the Jean CLAVERIE workshop which represents the martyrdom of St Stephen in a painting by Joseph DUSSARAT. It is framed by two imposing twisted columns decorated with grapes and birds. The wings are later. The 18th century tabernacle also comes, it seems, from the workshop of CLAVERIE. Its door is decorated with the motif of the Trinity surrounded by a frieze of volutes. The one on the left (of the Virgin) has an altarpiece divided into three compartments, surmounted by a fourth, Renaissance style. The compartments, each decorated with a painting, are separated by columns. The central painting, hidden by a Virgin and Child, could represent the Adoration of the Shepherds; above it on the attic, a crowned Virgin and on the sides, on the left, an Annunciation and, on the right, Saint Joseph. At the base of one of the columns on the right, at the level of the tabernacle, there is a sculpture of an unusual St James with a turban. Here, in Marsous as in Cotdoussan, this very rare representation of St. James with a turban dates from the Battle of Vienna on September 12, 1683, on the Kahlenberg hill, which put an end to the Ottoman threat in Central Europe. The altarpiece is completed by a broken pediment on the attic.Sources: www.patrimoines-lourdes-gavarnie.fr Traduction automatique par DeepL via DATAtourisme