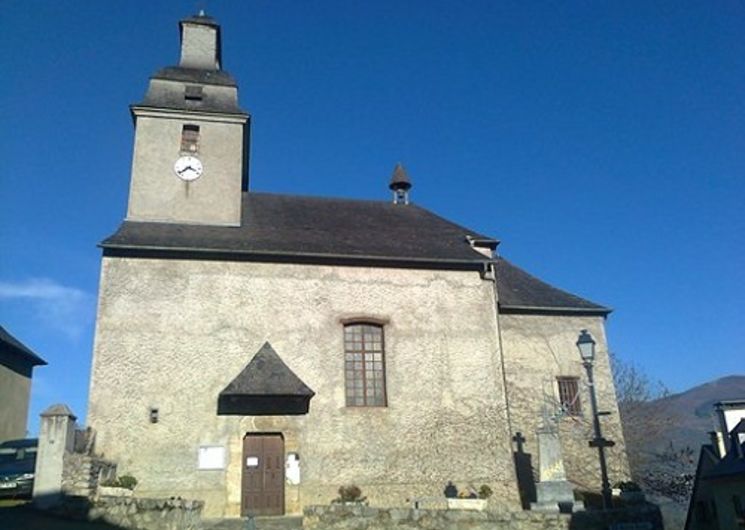 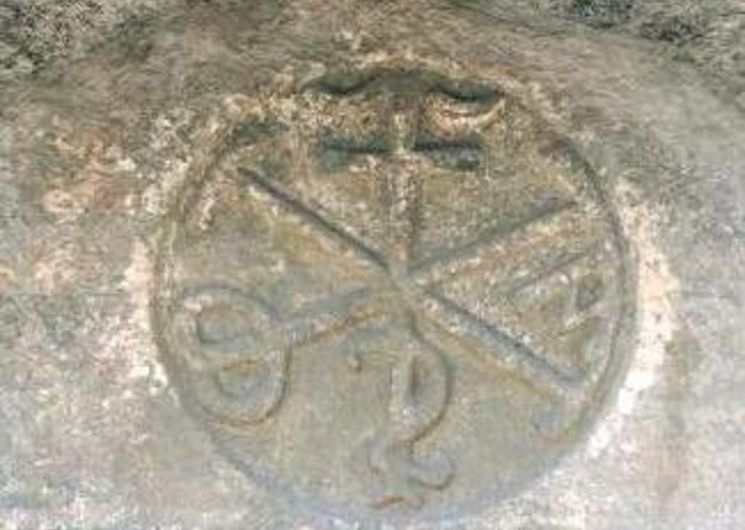 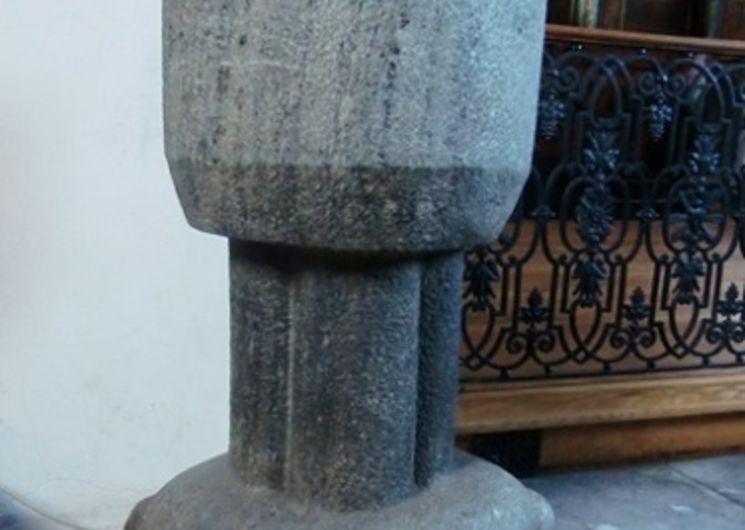 The church of Saint-Martin, of Romanesque origin, was entirely restored in the 17th century. It is listed in the supplementary inventory of historical monuments. Its barlong (rectangular) bell tower with double imperial curved and covered with slates, dates from 1759. In the middle of the roof, a bell tower shelters a chimboulet, that is to say a small bell with a clear sound which announced the elevation during the mass. A small Romanesque chrism measuring 59 cm in diameter adorns the side door of 1733. A Latin cross replaces the usual P (Rho) and the classical omega in the form of a W is replaced by a kind of cheese whip, the letter is not suspended on its usual branch of the X, opposite the alpha, but on the lower one; the alpha is stuck to the circle and the S seems to be a snake at the foot of the cross. The sculptor seems to have forgotten the codes of the symbolism of Christ.The orientation of this church is quite original. It did not follow the usual east-west orientation (towards Jerusalem), but was built with a south-east entrance so that the sun could enter the church on Saint Martin’s Day (11 November)It was listed on March 21, 1975, in the supplementary inventory of M.-H., and its last restoration, under the aegis of the architect of the BDF, dates from 1998.Inside, we have a circular apse, two side aisles and a starred vault. A beautiful gilded rococo altarpiece with four twisted columns where Christ and the Virgin Mary, together with St. Martin, stand next to St. Peter (on the left) and St. Paul (on the right) in false niches with baroque decoration. On the attic, the Holy Spirit dominates the whole; on either side, two adoring angels. It would have been made with the tabernacle around 1750-1760 and is mentioned “quite new, very bright and very delicately worked” in the pastoral inventory of 1781. It is also thought to be attributed (with the tabernacle) to CLAVERIE, because of its identical construction to that of Villelongue.Lectern in polychrome wood. The black veined marble stoup dates from the 18th century. A second monolithic stone font, with clean lines, decorated on the base with four bezants is located near a side chapel. The first balustrade dates from the 17th century, it is possible that the second was added in the 18th century; it is mentioned in the pastoral inventory of 1781. The monolithic baptismal font, dating from the 11th century, is protected by a double openwork door of very beautiful 18th century baroque construction. It resembles the one in the church of Villelongue.The side chapels are dedicated to Notre-Dame and to Saint Peter. In the one on the right, dedicated to Saint Peter, an 18th century canvas restored in 1998, thanks to the generosity of the inhabitants, shows the denial of Saint Peter. Its author is not mentioned anywhere.The church is open to visitors.Sources : www.patrimoines-lourdes-gavarnie.fr Traduction automatique par DeepL via DATAtourisme