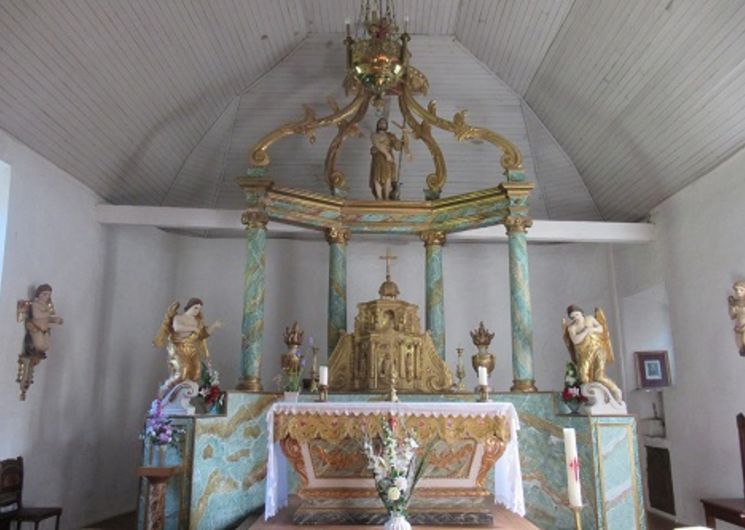 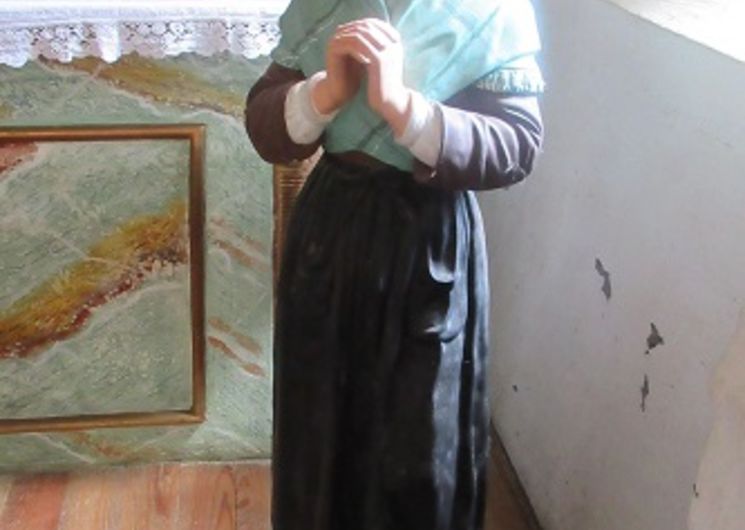 This scattered village was formed by the Bat de Bun and the Bat d’Aucun. Following a petition to the Directory, on 17 prairial of the year III, the inhabitants were able to build a church and a cemetery. Started in 1796, the work was not completed for the inauguration until 1822. The church is therefore of recent construction. It presents a mixture of Romanesque and Gothic imitation. Far from the village, located on a plateau, it was dedicated to Saint John the Baptist. Its square bell tower houses a porch with two arches and inscriptions, in the Romanesque style.Inside, the high altar is made of painted wood and is highlighted by a canopy supported by four wooden columns with Doric capitals. It supports a statue of Saint John the Baptist mounted on a domeThere is no altarpiece, but a beautiful gilded wooden tabernacle. On the door, a Christ in bonds. He is framed on his right by a statuette representing St Peter with his key, and on his left by another saint. They are separated by fluted columns. The niche above does not contain any statuette. It is surmounted by a cross resting on a dome. Two spiral-shaped fins limit the whole. We have no information on the origin of this tabernacle that some date to 1836. Framing the altar, two gilded wooden fire pots and two statues of adoring angels complete the decoration.In the left-hand chapel, dedicated to Saint John the Baptist, there is an amazing statue of Bernadette. It comes from the workshop François Dominique MONNA of Toulouse. The chapel on the right is dedicated to the VirginThe door of the baptismal font has been removed. The black stone stoup is recent, the old one was stolen.The two large paintings represent Saint Blaise and Saint Martin. They were offered in 1905 by the FAURET family. One is signed CHAVAUTY with a date: 1847. At the entrance, a slightly dark painting of beautiful workmanship represents, it seems, the Announcement made to Mary by the archangel Gabriel. It would deserve a restoration.Sources : www.patrimoines-lourdes-gavarnie.fr Traduction automatique par DeepL via DATAtourisme