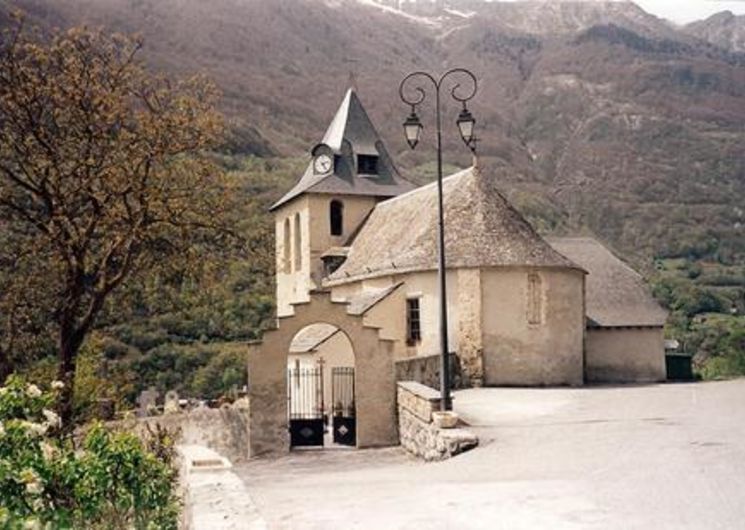 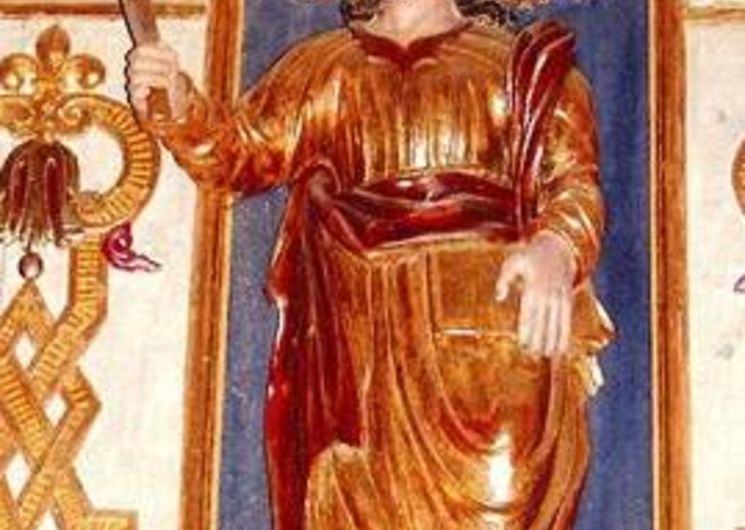 A lovely Romanesque church dedicated to Saint Bartholomew and reworked several times. Built on a hillock, facing the Viscos, it has a very curious massive tower-belfry, dated 1775, with a gambrel roof and clock. It houses three bells: the one visible on the west side has no date. Dominique-Henri LAFFONT thinks that this one is from 1881. The second and third bells, on the south side, date from 1950, one to replace the one from 1875, cracked, and the other to furnish the second bay of the bell tower. To its single nave were added in the 18th century, the chapel to the north (left), the sacristy to the south, and the porch tower. The original church and the village, except for two houses, were devastated in 1600 by an avalancheInside, a beautiful gilded wooden altarpiece from the early 18th century representing Saint Bartholomew, haloed by a scallop shell, like Saint Michael in Viella, with the object of his martyrdom, a skinner’s knife, flanked by Saint Peter on the left and Saint Paul on the right. It is delimited by four twisted columns, decorated with vine branches and vines. Putti hold palms in their hands and are surmounted in the attic by God the Father holding the world in his hand. Fire pots complete this magnificent work. The tabernacle represents Christ framed by two saints. The nave and the apse are covered by a vaulted panelled ceiling.The church is open on request at the town hall.Sources : www.patrimoines-lourdes-gavarnie.fr Traduction automatique par DeepL via DATAtourisme