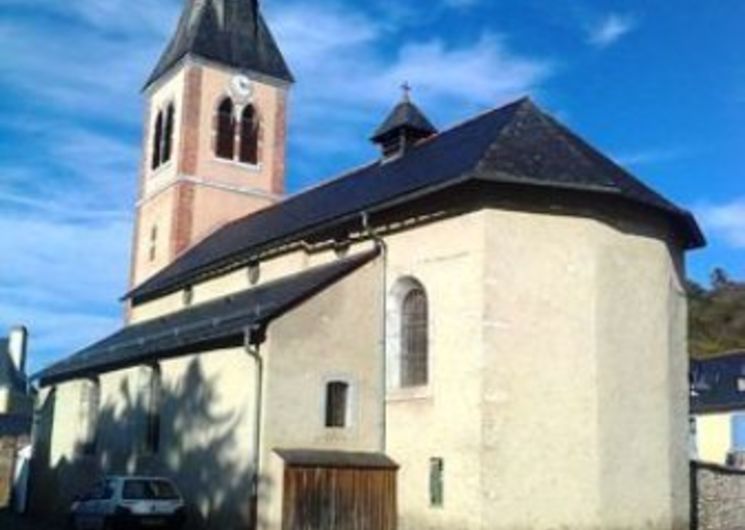 Church of All Saints’ Day with bell-tower-porch. Built at the end of the 17th century, it was largely rebuilt, especially the bell tower, in the 19th century. The interior is accessed through a classical porch from the late 17th century, walking on tombstones.Beautiful altarpiece. While the central panel of unknown origin is dated 1690, the date mentioned on the information panel, the side panels are attributed to Jean Ferrère: torsos columns, scrolls and very baroque clusters. The superb central panel and the tabernacle, on the other hand, are said to be by Dominique Ferrère (thus later). This panel represents the Assumption of the Virgin. It is framed by a bishop and Saint John. Baptismal cupboard. Traduction automatique par DeepL via DATAtourisme