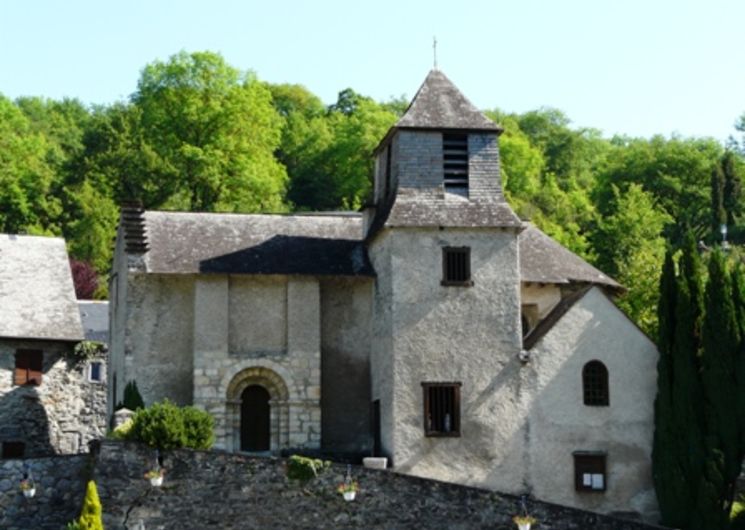 The church of Saint-Martin, with its penàus (toothed) gable and its bell-tower is in Romanesque style (13th century). Of great simplicity, this building with a single nave, no transept and a semi-circular chevet with pilasters (buttresses) and frusto modillions, is worth a detour. Two of the four buttresses on the north façade have been removed to make two large openings. And some of the modillions on the south side appear to be sculpted. Its entrance with 3 arches, the first of which was made in 2 flat buttresses, is surmounted by the smallest Lavedan chrism. To the west, the building ends in a gable wall with teeth protected by large schist slabs. The bell tower is later. Traduction automatique par DeepL via DATAtourisme