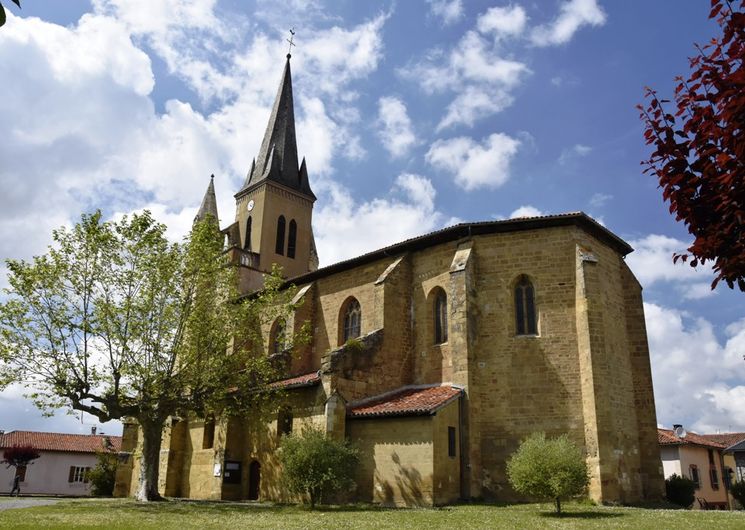 The Saint-Julien de Brioude church has been included in the supplementary inventory of historical monuments since March 14, 1944. Formerly a priory church, it became a parish church in 1670. Built from the beginning of the 11th century probably by Rochifert, the architecture of this one has evolved over the centuries. The bell tower, originally a wooden wall bell tower with three arrows, was destroyed on March 2, 1868 following a fire caused by lightning. It was rebuilt in the form of a large main pyramidal spire with a hexagonal base of a height of 16 meters thus bringing the height of the church to 43,20 meters. From an architectural point of view, the church is dominated by the two main architectural styles of the Middle Ages, the Romanesque and Gothic styles. The most representative elements of Romanesque art that can be observed are the size of the stones and cylindrical pillars separating the three naves inside the church. The two doors of the western facade are built with pointed arches, original elements at the end of the 11th century and typical thereafter in the Gothic style of the 14th and 15th centuries. The Gothic art, more present in the whole, is noticed above all at the level of the interior vaults and the presence of crosses of warheads marked in their intersections by keys of carved vaults, elements typical of the Gothic period. There are two very rare elements in rural areas: medieval wall painting and many stained-glass windows representing Saints.