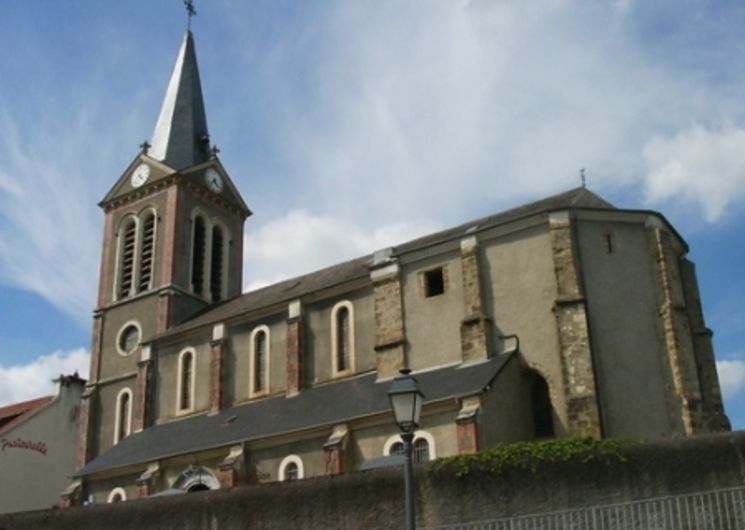 The church was partially restored and rebuilt in the 19th century (1855-1887). The old 14th century church, which was originally fortified, was sinking dangerously. The interior is more beautiful than the exterior suggests. 14th century choir, behind which is a beautiful altarpiece from the early 18th century dedicated to Saint John the Baptist; it is classified as a Historic Monument. In the centre, the baptism of Christ by the saint, on the gilded carved wooden panel on the right, the decollation of the saint and on the left, Saint Catherine. The semicircular baptismal cupboard, typical of the work of cabinetmakers from the region of lourdais, dates from 1707. Baroque confessional. Traduction automatique par DeepL via DATAtourisme