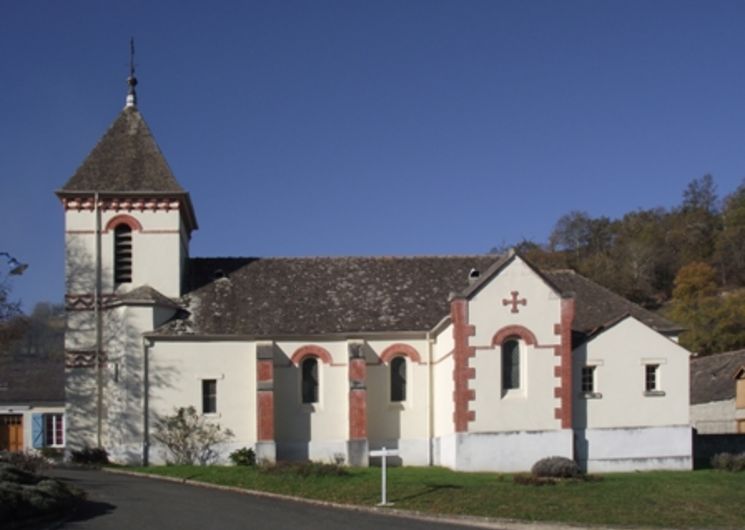 The church of Escoubès is dedicated to Saint John the Baptist. From the 19th century, it offers little interest, except for the sculpted lintel of its porch. According to R. Ritter, this is a window lintel from the end of the 15th century, “decorated with strange sculptures.” It was listed as a historical monument in July 1907The church of Pouts also dedicated to Saint Jean-Baptiste is from the 17th-18th centuries. With its bell-tower-wall, it is more picturesque, although more modest in size and monastic interior simplicity. Traduction automatique par DeepL via DATAtourisme