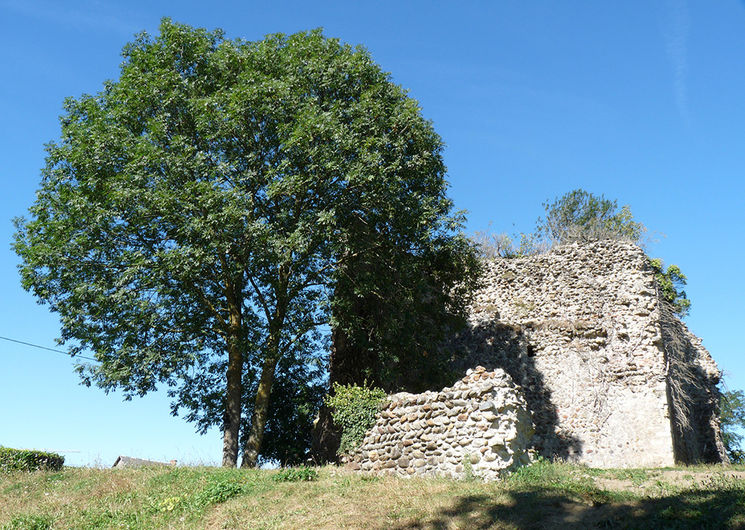 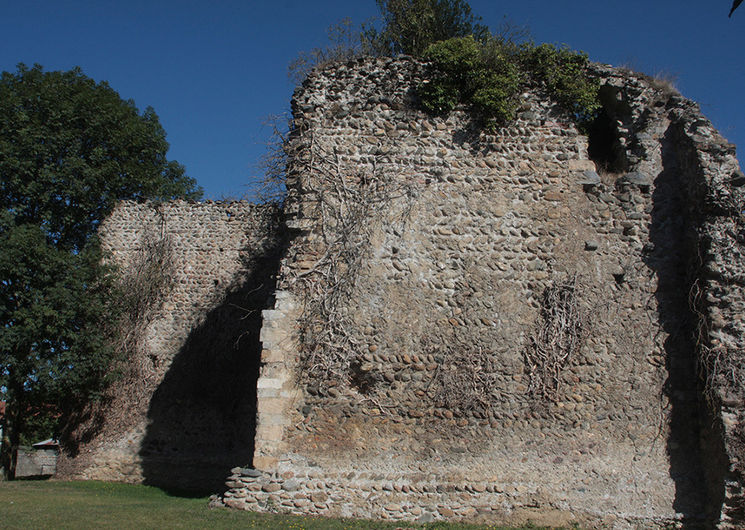 Of this important medieval site supposedly built in the 11th century by Sanche I, 2nd Viscount of Labarthe, there remains only a part of the imposing keep built of pebbles and quartzite skillfully arranged and cut stones, the lower courtyard and the walls upside down. Yet, facing the Pyrenees, the valleys of Neste, Aure and Aragon, this castle has had a first-class importance. The viscounts of Labarthe lived there until 1330 and owned the House of La Barthe until it passed to the Counts of Armagnac in the 14th century. In 1475 it becomes property of the Kings of France until Louis XI. During the Wars of Religion in the 16th century, it was the refuge of Ligueurs; Henri IV ordered its destruction. The Seneschal du Roi in Toulouse had the castle razed to the height of infamy (at the height of the drawbridge). It was later rebuilt and became the landmark of 60 bandouliers that terrorized the population. In the 18th century, what remains of it was ceded to the Duke of Antin, then to his heir, the Duke of Uzès in 1768. It was bought by Pierre de Lassus in 1759; the family still owns it and bears the title of Baron de Labarthe. Magnificent view of the valleys of Neste and Aure and the Castle of Montoussé.