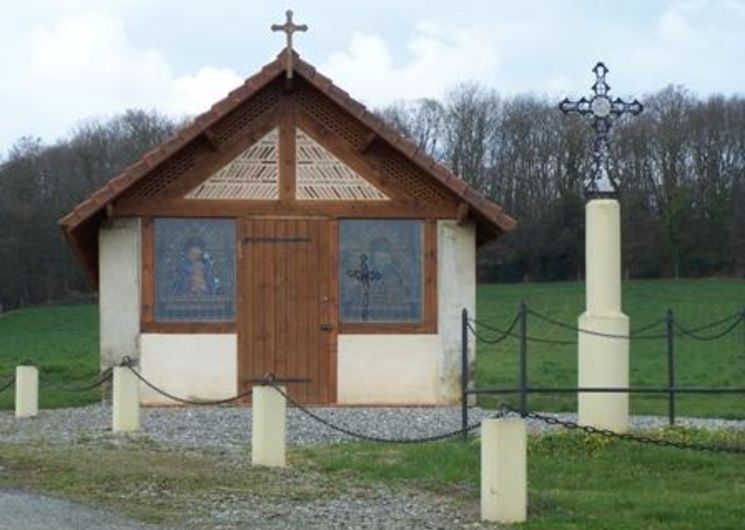 This chapel is about a hundred metres, at sunset, from the place where the castle it must have been owned. This very small monument is made up of two dissimilar buildingsThe statue of St. Roch is said to have been sculpted from a piece of oak that, according to legend, has been in the water of the stream below the chapel for more than a hundred yearsHere’s the legend that’s been told about it In an unfortunate circumstance, the inhabitants of the village say, cursed people seized St. Roch’s status, broke it and dragged it by kicking it to the bottom of the Encausse meadow. Some time later, a plague arrived that desolated the country. All the cattle died, especially the horned ones. Some remedies were made, mainly invocations and prayers, but nothing stopped the plague. Finally, this misfortune was attributed to St. Roch’s vengeance for the mistreatment that had been inflicted on his statue Knowing or pretending to know the source of the evil, the remedy was immediately found: it was a matter of calming the wrath of St. Roch the Vindictive. They went in procession, with great pomp and circumstance, to the bottom of the Encausse meadow, collecting the various debris of the mutilated statue and carrying it respectfully to the chapel. Immediately the plague ceased.excerpt from the monograph written by the teacher Montégut, April 7, 1887 Traduction automatique par DeepL via DATAtourisme