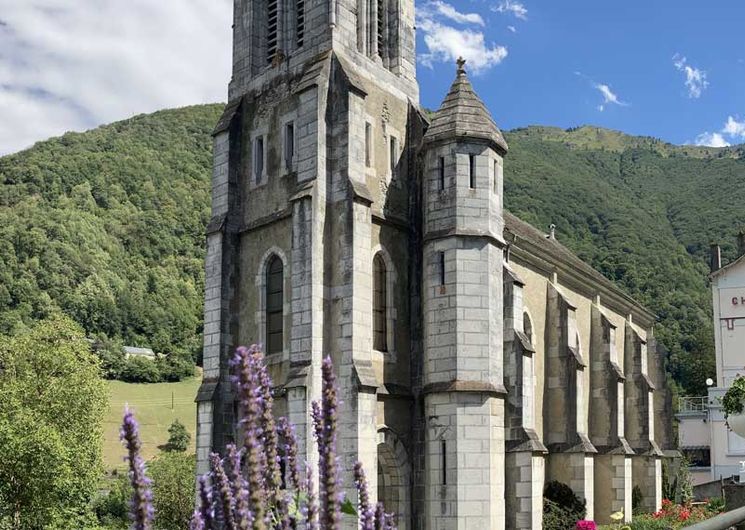 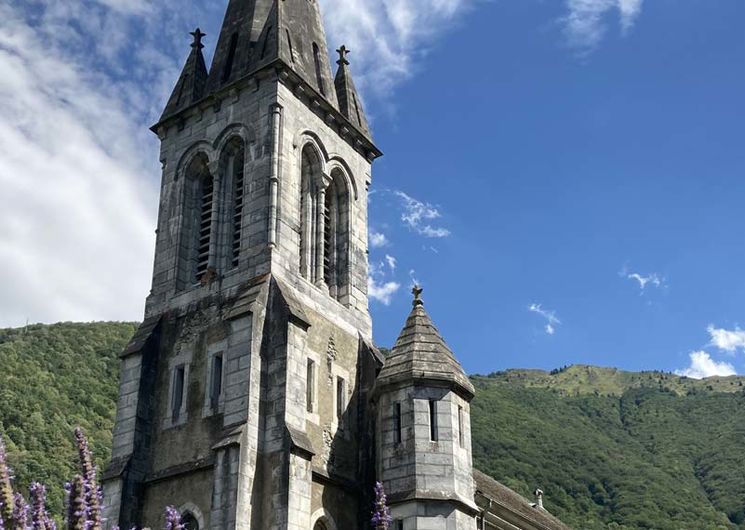 During the Romantic period 1820-1830, many people taking the waters, men and women from Paris and the big cities, came to the baths at Saint-Sauveur, including the Duchesses of Angoulême (1823) and Berry (1828)English gardens were created along the Gave and a building called the Rotunda was erected. It served first as a ballroom and then as a chapelAs the chapel became too cramped and a little old-fashioned, Emperor Napoleon III commissioned his architect Boeswildwald, a Protestant, to build a new chapel near the site of the Rotunda. This is the one we see todayIt is of the same inspiration as the churches of Adé, Cauterets and Poueyferré. Traduction automatique par DeepL via DATAtourisme