Narbo Martius, founded in 118BC, was the first and among the wealthiest Roman colonies outside Italy. Present-day Narbonne hasheld onto a real gem: part of the well-kept Via Domitiat hat you can see in the town centre. Then visit the Horreum, the world's only ancient granary that's still intact. Sarcophagi, exceptional mosaics and ancient statues await at the Archaeology Museum in the former Archbishop's Palace a few metres from the Via Domitia. 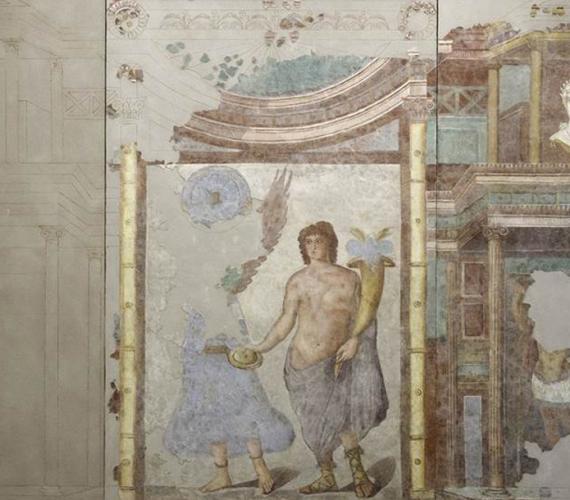 Narbonne's archaeology collection will soon have a new home: the Narbo Via Museum will open in 2020. Designed by Foster + Partners, this 8000m2 museum will be innovative, interactive and a feast for the senses.

Amphoralis, the Gallo-Roman pottery museum 20 mins from Narbonne, provides children with a fun-filled, educational and accessible mobile app so everyone can enjoy their trip.

If you want a sight for sore eyes then go up 170 steps to the Gilles Aycelin Keep. From the terrace you can see the Tour Saint-Martial, Gothic Narbonne Cathedral, its Saint-Pasteur cloister and the Archbishop's Palace. Go back down and wander through the picturesque Passage de l’Ancre, admire the Cour de la Madeline and visit two great museums: the archaeology museum in the Palais Vieux and the art and history museum in the sumptuous Palais Neuf which was once home to Narbonne's bishops.

Do you prefer sailing or cycling?

Take a bike or rent a small boat in Narbonne to explore the UNESCO Canal de la Robine. It takes the Aude's old bed through Narbonne past the Bages and Sigean lakes then into the Ile Sainte-Lucie Nature Reserve. It spills into the Mediterranean at Port-la-Nouvelle. Lined with umbrella pines, the Canal de Jonction runs through Sallèles-d’Aude and links with the Canal du Midi that passes north of Narbonne. Hire a bike or permit-free boat in Narbonne. 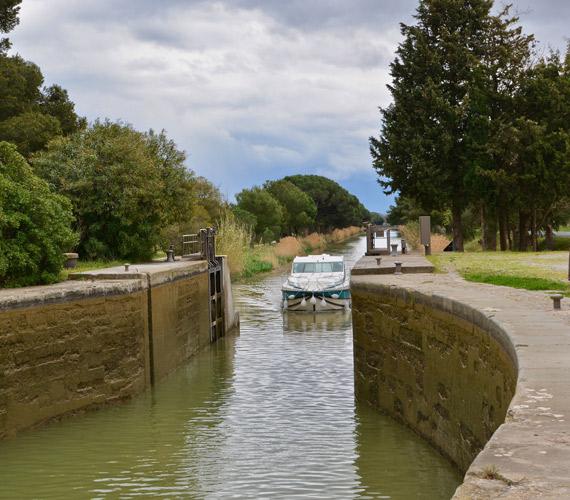 The beaches are within 30 mins of Narbonne: Saint-Pierre-la-mer, Narbonne-Plage, Gruissan etc. To get there, go through the listed Clape Nature Site in the heart of Narbonne Regional Nature Park where the outing possibilities are endless.

Lying 25 mins from Narbonne on the Canal du Midi, the hamlet of Le Somail hasn't been touched since it was founded by Pierre-Paul Riquet in the 17th century. Le Somail was a place for travellers to take a break. They'd spend the third night here on their way from Toulouse. The former warehouse docks make for lovely terraces on the towpath just steps away from the old hump bridge, chapel, inn and very popular old bookshop. Maison Bonal is home to an exhibition centre about the Southern French canals.

Unmissable in the Narbonne area

1000 years ago, monks chose to build their abbey in this Corbières valley 20 mins from Narbonne. It was incredibly wealthy until the French Revolution before being abandoned but Fontfroide Abbey was restored to its former glory in the early 20th century when it was bought by Gustave Fayet. His descendants have made it a beacon surrounded by vineyards that you can now visit. From spring to autumn, Fontfroide has a packed schedule. Orchid festival, medieval event, Music and History Festival run by Jordi Savall, exhibitions and more.

Narbonne is based in a garrigue and vineyard setting in the heart of the wine kingdom called "La Narbonnaise, surprenante Méditerranée" (Vignobles & Découvertes-approved destination).