The Pont du Gard, listed as a World Heritage Site by UNESCO in 1985, is the symbolic monument of Roman architectural genius. Lost in the scrubland between Nîmes and Avignon, it has fascinated people for 20 centuries.

Located 35 minutes Northeast of Nîmes, the Pont du Gard is the most visited ancient monument in France. Built in 5 years, everything about it is exceptional: its age (over 2,000 years), its dimensions (49 meters high, 275 meters long), and its extremely rare architecture (3 rows of superimposed arches).

Listed as a World Heritage Site by UNESCO in 1985, the Pont du Gard was built in the 1st century A.D. to enable the Nîmes aqueduct to cross the Gardon River. Crossing it on foot is a privilege; take the time to contemplate it from afar too. Viewing the highest Roman aqueduct in the world, you will be impressed by its power, its elegance and its remarkable state of preservation.

The Nîmes - Pont du Gard - Uzès complex has been classified among the Great Sites of Occitania. 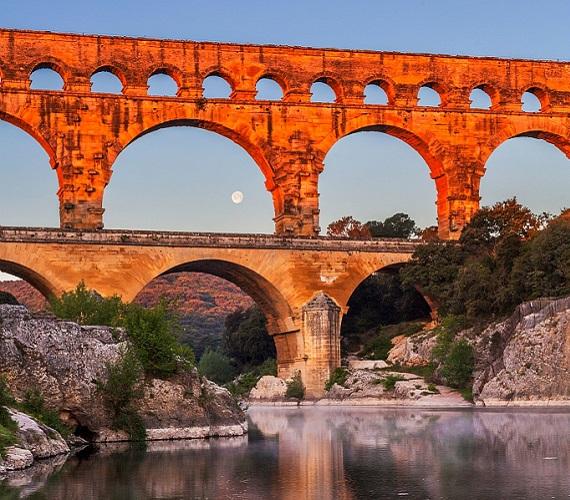 The Pont du Gard is the only monument in France to associate the World Heritage listing with the Grand Site de France label. The latter is awarded by the Ministry of Ecology and is based on the concepts of preservation of the environment, heritage, landscapes and quality of reception of visitors.

To see everything at the Pont du Gard site, allow at least half a day. Because this testimonial to the greatness of Rome has a wealth of riches as its setting. The quality of the environment is one of them.

The Pont du Gard is located in the heart of 165 hectares of unspoiled nature: a perimeter designed to protect the site and offer the best possible visiting conditions. You will enjoy walking along the “Memories of the Garrigue” trail: this 1.4 km loop tour will take you through vineyards, olive trees and holm oaks to discover the Mediterranean landscape and the remains of the aqueduct that linked Uzès to Nîmes.

In summer, you can bask on the beach facilities 200 m from the bridge and bathe in the Gardon River (play area and supervised beach area for children). 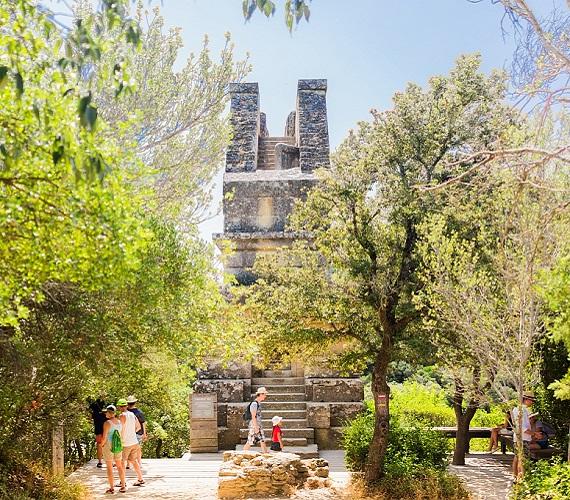 A cultural setting open all year round

Also devote yourself to visiting the various cultural areas around the Pont du Gard. On the left bank, the museum will charm you with its contemporary architecture, perfectly integrated into the site. Over 2,500 m2, its thematic route will put you in direct contact with the genius of Roman builders and the captivating world of Antiquity owing to its multimedia technologies: virtual reconstructions, touch screens, soundscapes, etc.

Children 5-12 years old will be delighted to have fun at the Ludo area, by becoming a Gallo-Roman schoolboy, an archaeologist or learning to harness water.

Workshops, artistic or scientific exhibitions, movies (screening of a documentary), concerts and of course various dining areas will enhance your visit to the Pont du Gard, a family site par excellence, with events throughout the year. 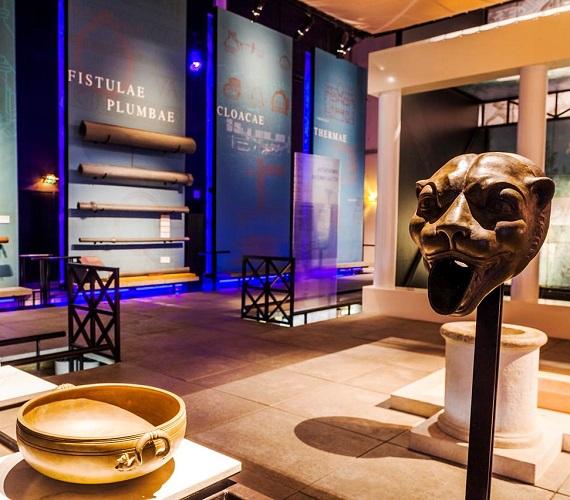 The Queen Mother of England was passing through Argilliers, near Uzès, and wished to visit the Pont du Gard. Lucienne Taulelle, the Mayor of Vers at the time, learned about it and invited her to visit her town. The Queen Mother arrived in a Rolls Royce! This was in 1965.

A journey through time

To prepare your visit, know everything you can see and do at the Pont du Gard

The Pont du Gard is 27 km from Nîmes and 21 km from Avignon.