« Travellers watching the summer night sky from the Cordes terrace realise they don't need to go any further and that, if they want, the beauty here will lift them out of their solitude day after day » - Albert Camus.

Get to grips with Cordes sur Ciel

Explore Cordes sur Ciel on foot. Take your time climbing up its steep cobbled lanes with your head in the clouds. Soak up every inch of the colourful medieval setting with elaborate Gothic buildings.

25km from Albi in the Tarn, this is one of the oldest bastides in Occitania, founded in 1222 by Raymond IV, Count of Toulouse. Nestled on the rocky Puech de Mordagne ridge, Cordes brings you unforgettable views of Cérou Valley from the top of its ramparts. 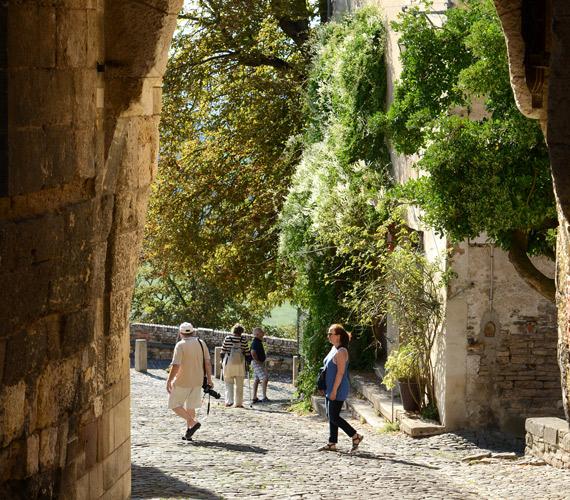 You'll be amazed by their details

As a town for wealthy traders, Cordes has inherited their luxury houses. Every period of Gothic architecture appears here: from primitive and 13th century to the dawn of the 14th century and the flamboyant 15th century. 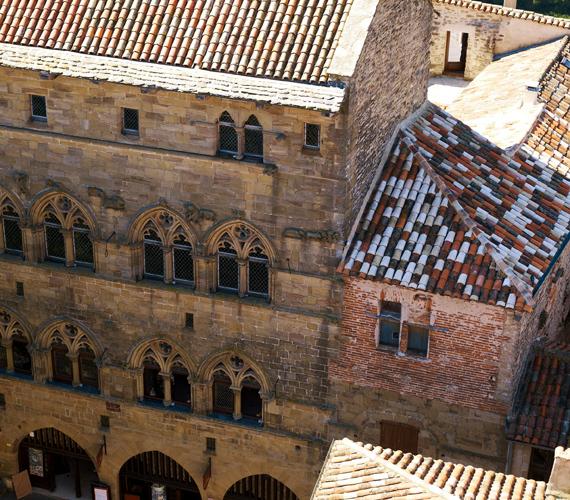 Cordes is famous for its legends that are literally written in stone: sculpted creatures, St James signs, alchemist symbols and Cathar references. Open your eyes!

This is the good life!

Cordes-sur-Ciel has always attracted artists and artisans to its magical setting. Step into workshops home to potters, painters and jewellery makers. Quiz the artisans about wood and leather. There are also art galleries and museums in the town. Visit the Museum of Modern and Contemporary Art or the Sugar and Chocolate Art Museum by Yves Thuriès! Be sure not to miss the Medieval Festivals: you'll join the rest of the village and its locals in the Middle Ages! 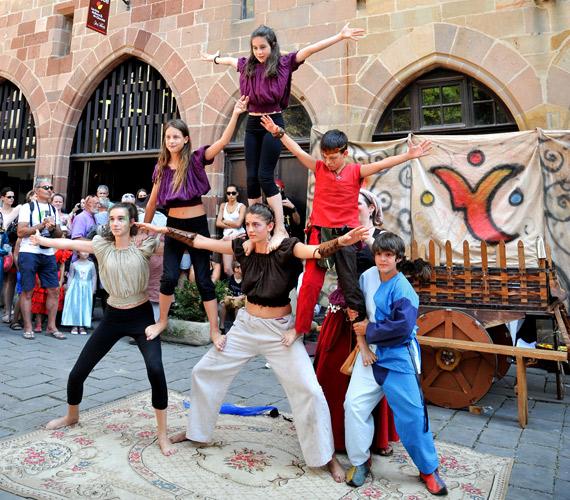 Try a Croquant de Cordes, the ultimate local speciality made from flour, egg white, sugar, almonds and a dash of mystery to make it unique!

There are countless medieval towns in Cordes Country, often on the hilltops. The fortified town of Puycelsi is listed as one of the Most Beautiful Villages in France alongside the bastide of Castelnau-de-Montmiral.

Two gems lie 40 mins from Cordes sur Ciel in the Gorges de l’Aveyron: Penne and its 10th century château (under renovation) and Bruniquel. Sitting on the top of a cliff, Bruniquel châteaus, where The Old Gun was filmed, are the first things that grab your attention. The magic continues as you wander around the medieval town built in stages. Absolutely unmissable!

In 2017, structures dating back 176,500 years were discovered in Bruniquel Cave making them the oldest in the history of mankind to date! The cave isn't open to visitors but there's a room devoted to it at the Bruniquel châteaus. 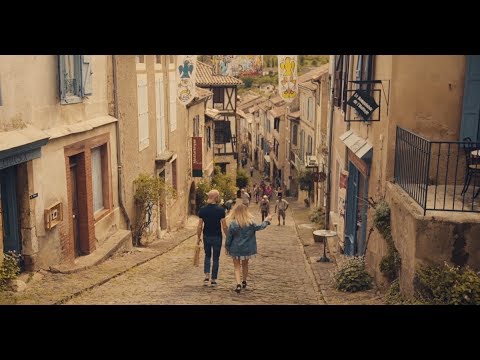 Travel back in time

Join Margot from the you MAKE fashion blog and Romain Costa as they visit Cordes sur Ciel, named France's Favourite Village in 2014 during a famous TV show. Video 1:03 © TarnTourisme.

The AOC Gaillac vineyards span from the Tarn's banks to the foot of Cordes sur Ciel. There are vineyards and wineries where it's a joy to stop and heighten the pleasure of exploring the town and its surrounding villages.

Cordes sur Ciel is 85km north-east of Toulouse in the Tarn.