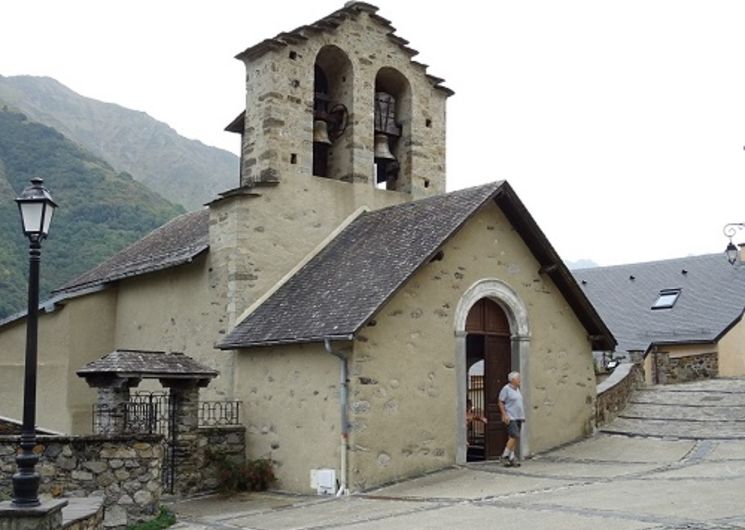 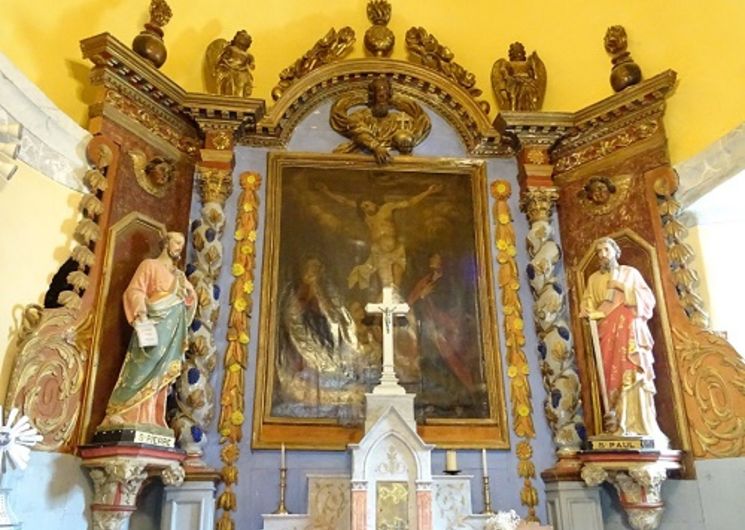 Small Romanesque church dedicated to Saint Peter. It is very poor and of little interest compared to the Romanesque churches with superb baroque altarpieces in the Lavedan. It is the representative of the proverb that used to say: “Qué baou mès esta crabè a Agos que curè à Viscos (It is better to be a shepherd in Agos than a priest in Viscos)”. The bell tower-wall is protected by a regrettable oversized shelter. It protects a simple chrism of 94 cm, on a semi-circular lintel which is presented as a sun with its rays. It has the particularity of having the alpha in the form of a mandorla (almond). The transoms on both sides of the door depict, on the left, a man with his arms open under two birds facing each other and drinking from a chalice and, on the right, the same, but without the birdsInside: a small altarpiece from the 18th century, a painting of Christ on the cross, framed by two apostles, Saint Peter and Saint Paul with his sword. The painting deserves to be rehung. A little history: at the top of the Viscos was erected a wrought iron cross. It was assembled piece by piece by mules and men in 1900. It commemorates the death of a shepherdess killed by her ram. While searching for a lost sheep on the edge of a rock, she was thrown into the void by the ram of the flock which had the bad habit of charging. A mass was then celebrated up there in her memory, by the village priest.Sources : www.patrimoines-lourdes-gavarnie.fr Traduction automatique par DeepL via DATAtourisme