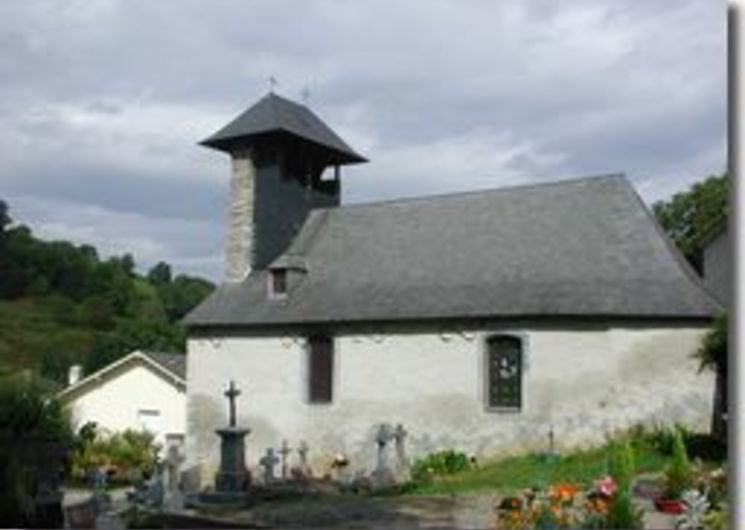 The church of Jarret in visible stones is relatively discreet, behind a house and on a small mound. Of Romanesque origin, it has been extensively rebuilt with a two-bay wall-tower that was raised following an earthquake in the 18th century. Inside, an altarpiece shows three gilded wooden statues: in the centre Saint Martin is framed by Saint Peter on the left and Saint Paul on the right; he is holding a sword in his left hand. It is listed with the tabernacle in the Supplementary Inventory of Historic Monuments. Very beautiful recent stained glass windows. Traduction automatique par DeepL via DATAtourisme